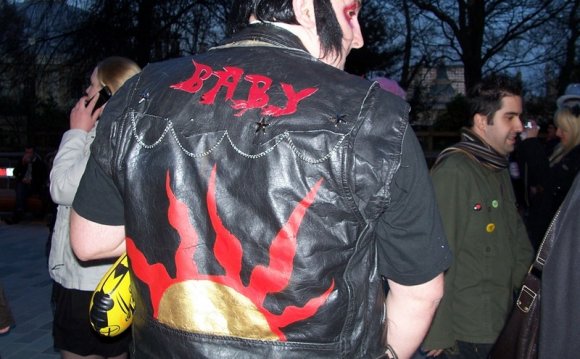 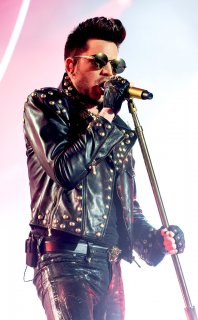 In some of the most divine casting news we've ever heard, has joined Fox's Rocky Horror Picture Show remake as Eddie, the rocking former delivery boy who crashes Dr. Frank-N-Furter's party.

While we went way off base with our suggestions for the part originally played by Meat Loaf, Fox went with the best voice to come out of American Idol since, ensuring that at the very least, the moment when Eddie's motorcycle crashes through that wall is going to be pretty damn awesome.

Lambert—who's recently been touring both for his newest album, The Original High, and as the vocalist for Queen—joins quite a cast for this remake, including as Dr. Frank-N-Furter, as Janet, Ryan McCartan as Brad, Reeve Carney as Riff-Raff, and Staz Nair as Rocky.

The two-hour TV event, which will air sometime this fall, is described as a "reimagining" of the 1975 film, in honor of the movie's 40th anniversary. If you haven't seen it already, first of all, go see it, and second of all, get ready for quite an experience.

The Rocky Horror Picture Show is the tale of a young couple, Brad and Janet, who get stranded at the house of a self-described "sweet transvestite" scientist from Transylvania who has invited his peers to witness the birth of his latest creation: a very hot man.

Lambert's character suffers quite a fate after he joins in on the festivities, and we'll just leave it at that.

We have no idea how this show is going to turn out, but you can bet we'll be there, doing the Time Warp til our knees buckle.

Now, if you'll excuse us, we've got "Hot Patootie" stuck in our heads, and we've got to go find out whatever happened to Saturday night.

The Rocky Horror Picture Show will air on Fox this fall.