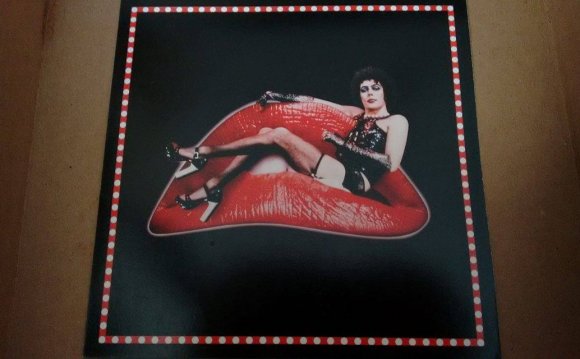 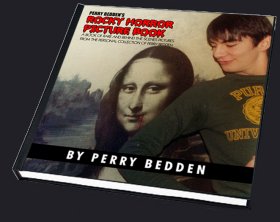 In 1998, Cosmo joined Nathan Summers as co-host of Rocky Radio, an internet radio show based around the world of Rocky Horror. And then in 1999, he was awarded the Boss Award, the highest award given by the Rocky Horror fan community.

In 2000, he was awarded the Presidents Award by Sal Piro and the Rocky Horror Fan Club in Las Vegas, Nevada during the Rocky Horror 25th Anniversary Convention. Cosmo is only one of three people to ever win both awards.

Cosmo co-hosted both The Celluloid Jam 1 (2009) and The Celluloid Jam 2 (2012) two Rocky Horror Conventions, with long-time Rocky Horror friend Kev J. Boycik. During the 2009 convention they had Perry Bedden and Kimi Wong as special guests. Cosmo really enjoyed the stories and pictures that Perry and Kimi had brought with them. So in 2013 he approached Perry Bedden about taking his photos and making a book out of them. This book is what came out of that idea.

Cosmo currently lives in Cincinnati, Ohio and has three children.

Chris Holley - In 2004, Chris first became a part of the Rocky Horror Picture Show community while at Morehead State University. As an audience member, Chris regularly attended shows in Lexington, Kentucky, and Cincinnati, Ohio. He further committed himself to Rocky Horror when he joined a local cast in November 2011. He is also an honorary member of Simply His Servants in Cleveland, Ohio.

Chris past literary works were published in 2002, and are currently being used to teach Kentucky high school students proper creative writing. He is currently writing two other books that are soon to be published. When he isnt writing or working in the IT industry, Chris lends his voice to BrunoBlargg Studios on the BrunoBlargg Podcast and as a voice actor. He enjoys painting Warhammer 40, 000 figurines, and cosplaying as the 5th Doctor from Doctor Who. He lives in Northern Kentucky.