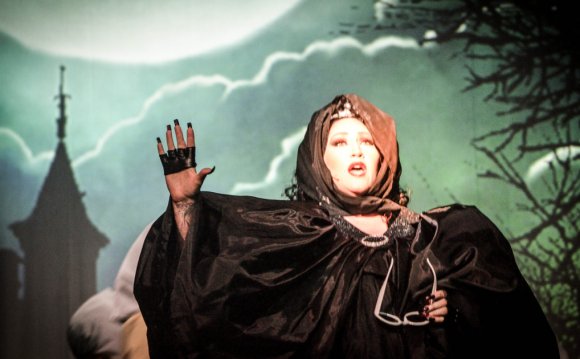 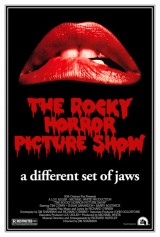 Featuring “THE ORGASMIC RUSH OF LUST” Live Cast! This low-budget freak show/cult classic/cultural institution concerns the misadventures of Brad Majors (Barry Bostwick) and Janet Weiss (Susan Sarandon) inside a strange mansion that they come across on a rainy night. After the wholesome pair profess their love through an opening song, their car breaks down in the woods, and they seek refuge in a towering castle nearby. Greeting them at the door is a ghoulish butler named Riff Raff (Richard O’Brien), who introduces them to a bacchanalian collection of partygoers dressed in outfits from some sort of interplanetary thrift shop. The host of this gathering is a transvestite clad in lingerie, Dr. Frank N. Furter (Tim Curry), a mad scientist who claims to be from another planet. With assistants Columbia (Nell Campbell) and Magenta (Patricia Quinn) looking on, Frank unveils his latest creation — a figure wrapped in gauze and submerged in a tank full of liquid. With the addition of colored dyes and some assistance from the weather, Frank brings to life a blonde young beefcake wearing nothing but skimpy shorts, who launches into song in his first minute of life. Just when Brad and Janet think things couldn’t get any stranger, a biker (Meat Loaf) bursts onto the scene to reclaim Columbia, his ex-girlfriend. When Frank kills the biker, it’s clear that Brad and Janet will be guests for the night, and that they may be next on Frank’s list — whether for murder or carnal delights is uncertain. And just what is that mystery meat they’re eating for dinner, anyway? In addition to playing Riff Raff, O’Brien wrote the catchy songs, with John Barry and Richard Hartley composing the score.