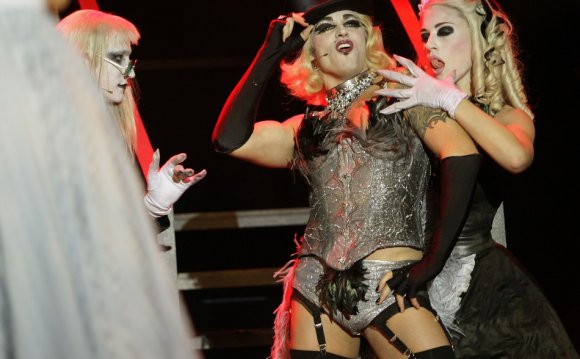 The BBC broadcasted a live stage show to celebrate the 40th anniversary of the movie version, and Fox announced that it wanted to reboot the classic cult film with Laverne Cox in the lead role of Dr. Frank-n-Furter, originally played by Tim Curry. That last one is, I think, a really bad idea.

First, my Rocky Horror bona fides. I was a shadowcast member at the River Oaks Theatre and a few other venues for nearly a decade, and was cast director for a fair amount of that time. I attended the official 25th anniversary celebration in Las Vegas and served as a technical consultant on a Houston stage version at the Little Room Downstairs. Dori Hartley, the woman who invented dressing up at the show in the ‘70s, is the illustrator of my book. I met my wife and the girl we named our daughter after there, and we just spent the evening of our tenth anniversary getting drunk, rewatching the movie and updating our favorite call lines to be more current. When it comes to Rocky Horror, I know my stuff.

Frankly, I don’t think Rocky Horror is something that needs to be reintroduced to a new audience because Rocky Horror isn’t a movie or even a play; it’s an experience. It’s something you go do, not something that you watch. Nothing showed that better than the BBC broadcast, where call lining onstage actors turned what is a slick, 90-minute script into a drawn-out, self-congratulatory mess that was enjoyable but was not really in any way good storytelling. Rocky Horror is not famous because it’s a good movie; it’s famous because of what grew up around it and it stays famous because what grew up around it is still active, thriving and something a new audience stumbles across at midnight across the country every weekend.

And Laverne Cox? Don’t get me wrong; she’s got the acting chops and the look to do it, but in a world where transwomen are still seen by a significant portion of the country as deviant men looking for a new way to be sexual predators, do we really want to cast an actual transwoman as Frank? He kills his ex-boyfriend and uses his brain to create a sex slave, and then he essentially date-rapes Brad and Janet. Yes, yes, I know that their “giving in” so easily is supposed to be a joke, but it doesn’t play out that way in 2015. When I sat down to rewatch it with my wife, it occurred to me for the first time that Brad and Janet were trapped in a house fighting off the sexual advances of a man they had just watched murder someone with a pickax. What’s going to happen if they say no?

Rocky Horror is a dirty, strange thing you stumble into in the middle of the night and leave feeling changed forever for better and worse. That’s the whole point. It doesn’t need a reboot. You know what does? Its sequel, Shock Treatment.

Even a lot of Rocky Horror fans have never gotten around to the 1981 follow-up, and a number of those who have don’t hold it in near the same regard. Mostly that's because Tim Curry refused to return. Over the decades, I’ve come to view Shock Treatment as not only the superior film in acting, sound track, conception and storytelling but one of the most prophetic and eerily relevant films ever.

The plot is this: Sometime after the events of Rocky Horror, Brad and Janet marry and return to Denton. The town has been turned into an enormous television studio funded by a megalomaniacal fast-food tycoon who has designs on getting Janet away from Brad. Everyone in Denton is either part of the audience or one of the stars, and everyone’s goal is to become the latter.

Aside from the studio bits, what Shock Treatment describes is exactly the nature of fame now. It’s reality television. Janet’s parents play her parents in a show, and doctors Cosmo and Nation McKinley practice actual (quack) medicine in another. On top of that, it illustrates the speed at which regular people rise to absurd levels of recognition. Janet goes from unknown to star at lightning speed. She’s Rebecca Black or Justin Beiber becoming a household name from YouTube. She’s every cat that makes more than you or I ever will because it has a popular Instagram.

But behind it all is one powerful, rich white guy looking for a way to capitalize on it and own it wholly, a guy with the bombastic smugness of Donald Trump and a vague cultishness of the kind Ron Paul used to engender. Shock Treatment is literally more true now than it was in the ‘80s.

Sure, some of it doesn’t work anymore. The idea of a massive studio would have to be reworked to incorporate social media and smartphone access, though honestly it would only make the movie even cheaper to make. Janet’s father’s resemblance to an über-version of Ronald Reagan still works, but Farley Flavors’s undertones of Jim Jones would need to be shifted closer to, say, Chick-fil-A CEO Dan Cathy. Certain lines, like “Alimony is just another word for rape, ” should definitely be left on the cutting-room floor.

Those aside, there is so much Shock Treatment got right. It’s much more gender-equal than Rocky Horror, for one thing. I cannot stress how much better the songs are, with far fewer homages to older styles and more robust, solid songwriting from Richard O’Brien. It tackles sex and sexuality in a more nuanced way, exploring relationships as much as it explores kink. It actually has a third act, unlike Rocky Horror, which honestly fizzles out to a fun but pretty meaningless floor show and Frank’s baffling murder by Riff Raff.

Rocky Horror is about the power and the danger of sexual self-discovery, which is embodied by accessing it late at night in a theater full of others on that journey. Shock Treatment is about how addictive fame is, how power corrupts and what we can do to save ourselves and the ones we love from both. It never achieved the fame of its predecessor and so is ripe for reintroduction to an audience for whom its message is far more relevant these days than that of a sweet transvestite. Fox’s dreams of a cash cow born in a nostalgia barn aren’t going to work with Rocky Horror, but something new and exciting “from the minds that brought you Rocky Horror” that speaks to a world where everyone is to some degree a public figure could be gold.