Once in a while Rocky Horror 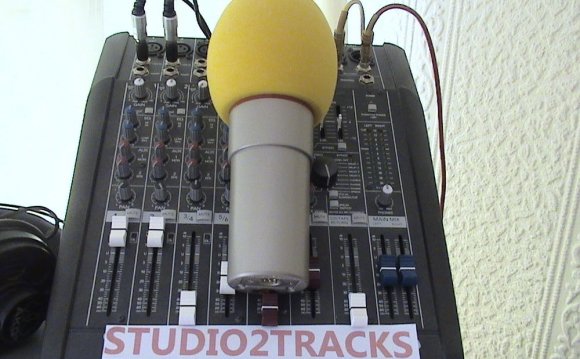 Clemson University turns out disciplined and talented singers, actors, and designers at a steady pace. We have reaped the benefits over the last decade of so many of them sharing their talents with us on our Main Stage. The Rocky Horror Show is full of them and one is Christopher Berry. Making his Main Stage debut as Brad, Chris can be found inhabiting all the freakout and innocence that makes Brad such a special character to the show’s cult audiences. We recently caught up with Chris and got to learn about his first Warehouse Theatre experience.

WHT: You are actually not a theatre major, correct?
Chris: Correct. I am currently a junior bioengineering major and a theatre minor at Clemson University!

WHT: Where are you from originally?
Chris: I’ve lived in Summerville, SC my whole life until coming to Clemson. This is my first show at The Warehouse and I am loving every second of it!

WHT: What’s your favorite production you’ve ever worked?
Chris: I have so many favorites! If I had to choose, I would say my favorite production ever would probably have to be when I played Tony in West Side Story this summer at the James F. Dean Theatre in Summerville.

WHT: What’s your favorite part of being an actor or stage manager?
Chris: The thing I love about an actor is the fact that I surprise myself. With all the work put into a role, it makes it so rewarding to come together with others who do the same and tell a story that I, Chris Berry, would not necessarily be a part of. It’s just really amazing to see how different (or similar in some shows) I can be from myself, have the audience actually believe it, and have it propel the story.

WHT: Is there someone’s work that you greatly enjoy?
Chris: I really enjoy the work of Kerrie Seymour. The acting techniques taught to us as her students make me think in a sort of mathematical and analytical way. After all, I am an engineering student.

WHT: Person you haven’t worked with yet in any capacity that’s still on your wish list?
Chris: I have worked with Preston Taylor Stone in Dog Sees God and Eurydice at Clemson University, but I really want to perform in a musical with him.

WHT: Person that has influenced your acting, stage management, or process the most?
Chris: The one person I credit to sparking my interest in theatre was my high school theatre teacher, Kathy Keber. When I first got into Theatre 1 class my freshman year, I wanted to drop the class immediately, but she made me stick it out. It didn’t take me long to fall in love with it.

WHT: Routine that you go through before a performance?
Chris: Oh God, I am a horribly superstitious actor. When I do warm-ups, I do them in the same procession. When I get into character, I stand in the same spot backstage. I take a cough drop at the same point during every show, and I even pee during the same parts of the show. Sorry Chelsea, it just so happens to work out that one of those times is during your Touch-A-Touch-A-Touch Me!

WHT: What is you favorite part about being in the arts in Greenville?
Chris: So many people are so supportive of the arts in Greenville! At Clemson, the main people who come to the shows are friends, family, or Theatre Appreciation students. In Greenville, people come for the fun of it and return because they love it.

WHT: How does performing such an in-your-face show in an intimate setting like The Warehouse affect your work?
Chris: It took me completely by surprise when I was onstage. I have seen the show live twice before, so I knew what to expect. However, the first night we had an audience shouting at us, I completely went blank and forgot my second line! I do love being able to interact with the audience at such a short distance from them. I even got to sit in a woman’s lap during Once in a While!

WHT: How are you preparing yourself for the audience interaction that is guaranteed to come with this show?
Chris: Thank goodness we had a few people sitting in the house during rehearsals to shout the audience lines out at us! Other than that, the first few performances were my real practice with the audience interaction. This is definitely something I am not used to as an actor.

WHT: How many times have you caught yourself singing Time Warp in the shower since mid-August?
Chris: I honestly have been singing more of Once in a While and Sword of Damocles. HOWEVER, if someone ever starts a sentence with “Let’s do…” I immediately sing “THE TIME WARP AGAIN!” I have definitely received some weird looks in the campus library.

WHT: How did your research for the show affect your performance?
Chris: It helped tremendously. Janice, our Musical Director, gave me an article to read titled “Inside Rocky Horror” which gave me so much insight to the character of Brad and how to stay true to a more 1970’s aura.

WHT: How many times have you actually seen the movie version?

Rocky Horror Nelson BC Once In A While Nov 10 07

Daniel Printz in "The Rocky Horror Show" - Once in a while