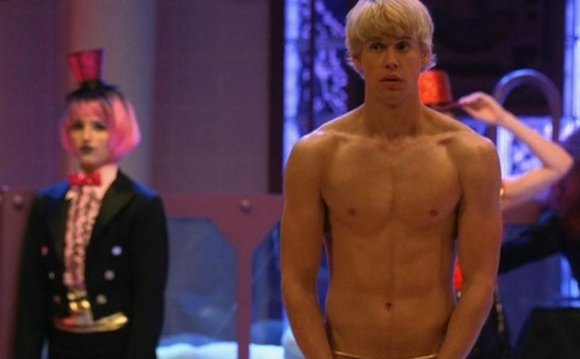 Many viewers of Tuesday night’s highly anticipated Rocky Horror-themed episode of Glee were surprised to hear the popular show use the defamatory word “tranny.” The episode in question was already under intense scrutiny by fans curious how it would handle some of The Rocky Horror Picture Show’s more adult themes. What actually ended up on screen was upsetting to many viewers. 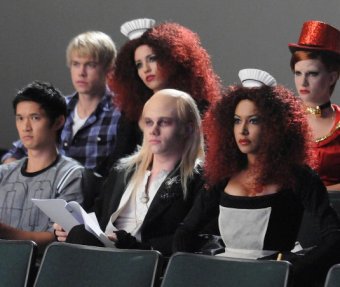 The character of Mike Chang offered to play the campy character of Dr. Frank-N-Furter in the school’s production of Rocky Horror, but had to back out because his parents didn’t want him “dressing up like a tranny.” The casual manner in which the word was used is jarring, even if he may have been repeating what his parents said. The show’s inclusion of the word “tranny” was made all the more confusing by the decision to change the word “transsexual” to “sensational” in the song “Sweet Transvestite.” As many commentators have pointed out, it seems strange that Fox would want the word “transsexual” cut from a well known song, but find “tranny” acceptable. This inclusion of this slur is particularly alarming given last season’s powerful episode in which Kurt's father chastised Finn for using the word "fag." That episode sent a powerful message to the show's young fan base that words have power and they can hurt. Unfortunately the larger problem here is that the word “tranny” has become an easy punch line in popular culture, and many still don’t realize that using the term is hurtful, dehumanizing and associated with violence, hatred and derision against transgender people- a community that is nearly invisible in media today. Glee certainly isn’t the first network TV show to use the word, and it popped up as recently as last week in the October 18th episode of CBS’ How I Met Your Mother. Nor are LGBT-oriented TV programs exempt from using transphobic language, as demonstrated repeatedly by the gay men on Logo’s reality show, The A List: New York. In fact, the catch phrase “hot tranny mess” was widely popularized by gay Project Runway winner Christian Siriano, who later apologized. GLAAD urges all entertainment industry creators to stop using the word tranny for a cheap laugh. GLAAD has reached out to Fox and Glee producers to discuss how to move forward with this matter. Check GLAAD Blog for updates.