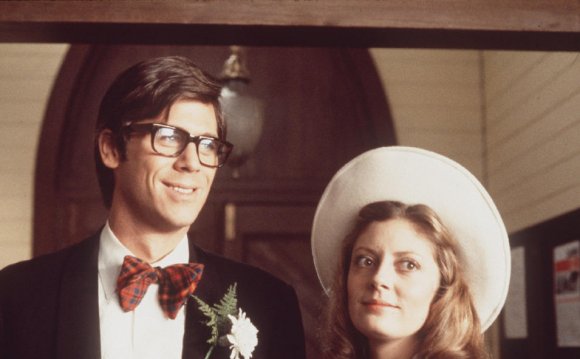 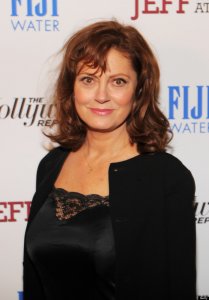 Susan Sarandon sort of does whatever she wants.

A quick tally: She's in an astounding number of films that are either premiering or wrapping this year ("Cloud Atlas, " "Arbitrage, " "That's My Boy, " "The Company You Keep, " "Robot & Frank, " etc.). Then there's the ping pong, a passion which Sarandon's developed into not just three nightclub and training grounds (with a fourth on the way, as HuffPost Entertainment revealed) but a public-access program in New York's lower-income schools.

Topping it all off is the 65-year-old actress' doggedly liberal activism, which has long endeared her to liberals and made her an (unapologetic) enemy of the far right. So how does she manage it all?

"I figure out if I'm going to have fun, " Sarandon said in a recent interview. "But I really don't want to repeat myself, I want to do new things and work with people who are passionate about what they do and have a good time. So that's how I prioritize and make decisions."

We asked Sarandon about all of those careers and hobbies. In the edited transcript that follows, find out which of her recent films she most enjoyed, how she feels about "The Rocky Horror Picture Show" and what worries her most about the looming election.

No! I was just thinking I should really call back again, because we wrote a letter to the security there, you know, a lawyer letter, from the Center for Constitutional Rights. We were asking and giving all the details and asking if they could explain why that happened. Initially, somebody asked somebody - well, this is what the press told me - someone said I had showed up and wasn't on the list, but they called and told us not to come, I never went there. I'm still waiting for a response from the letter that I sent a month ago.

And how do you feel about the election, now that it's quickly approaching?
I think that the scariest thing now is the involvement of so much money, in all the races. Not just in the presidential races, but the interference with people from in and out of state with very deep pockets, in all the primaries and elections. Now that the Citizen's United thing came down, it's a free for all for anyone who has a lot of money to pay for commercials and influence things. And that's the scary thing for me, it's how money is changing, very obviously, the landscape of what it means to have an election in this country. I think money has always done that, but not as blatantly and freely as it can now that it's legal.