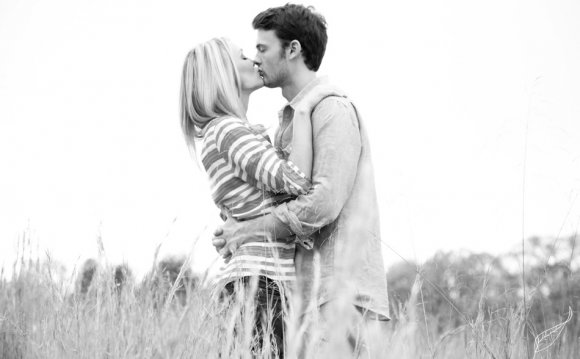 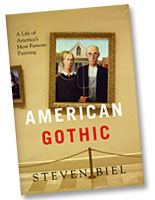 Of all the famous images in the history of art, only a handful have risen (or some might say sunk) to the status of cultural icons. At the top of this list are Leonardo's Mona Lisa, Edvard Munch's The Scream, and Grant Wood's American Gothic. These images have been relentlessly copied, parodied, and reproduced in every conceivable form—from posters to neckties to life-sized inflatable dolls. The variations are endless: In a museum shop not long ago I came across a little flip-book in which American Gothic gradually morphs into The Scream—two for the price of one!

But how and why does an image become an icon? In his new book, American Gothic, published to coincide with the painting's 75th anniversary, Harvard historian Steven Biel traces the cultural history of Wood's famous portrait of a dour Iowa farmer and his stiff-necked wife (or daughter). Nearly everyone knows the image through copies and parodies, though few know much about the original painting. When Biel showed the picture to 59 Harvard sophomores, they all recognized it, but only 31 knew the title and only five could name the artist.

The story of American Gothic begins with a trim white cottage in Eldon, Iowa, that Wood, an Iowa-born artist with European training, spotted from a car window in August 1930. * He decided to paint the house—built in the "carpenter Gothic" style, which applied the lofty architecture of European cathedrals to flimsy American frame houses—along with "the kind of people I fancied should live in that house." He recruited his sister Nan as a model for the woman, dressing her in a prim, colonial-print apron trimmed with rickrack (already out of date in 1930). He based the man on his stern-looking Cedar Rapids dentist, Byron McKeeby, whom he posed in a black jacket, collarless shirt, and clean denim overalls. In one hand, McKeeby holds a three-pronged pitchfork, which is visually echoed in the stitching of his overalls and in the Gothic window in the gable. In fact, Wood modeled each element separately—Graham and McKeeby never actually stood together in front of the house.

In the fall of 1930, Wood entered the painting in a competition at the Art Institute of Chicago. The judges dismissed it as a trifling "comic valentine, " but a powerful museum patron urged them to reconsider, and they awarded Wood a third-place bronze medal and $300. The patron also convinced the Art Institute to acquire the painting for its collection, where it remains today. The image quickly became famous through newspaper reproductions, first appearing in the Chicago Evening Post, and then in the rotogravure sections of newspapers in New York, Boston, Kansas City, and Indianapolis, often with the caption, An Iowa Farmer and His Wife.

When the picture finally appeared in the Cedar Rapids Gazette, real Iowa farmers and their wives were not amused. To them, the painting looked like a nasty caricature, portraying Midwestern farmers as pinched, grim-faced, puritanical Bible-thumpers. One Iowa farmwife told Wood he should have his "head bashed in." Another threatened to bite off his ear. Stung by the criticism, Wood declared himself a "loyal Iowan" and insisted that the figures were not intended to be farmers but small-town folk, not Iowans but generic Americans. His sister Nan, perhaps embarrassed about being depicted as the wife of a man twice her age, started telling people that Wood had envisioned the couple as father and daughter, not husband and wife. (Wood himself remained vague on this point.)

The critics who admired the painting in the early '30s—including Gertrude Stein and Christopher Morley—also assumed it was a satire about the rigidity of American rural or small-town life, lampooning the people H. L. Mencken called the "booboisie" of the "Bible Belt." As Biel explains, "American Gothic appeared to its first viewers as the visual equivalent of the revolt-against-the-provinces genre in 1910s and 1920s American literature"—a critique of provincialism akin to Sherwood Anderson's Winesburg, Ohio, Sinclair Lewis' Main Street, and Carl Van Vechten's The Tattooed Countess.

But a few years later, as the nation sank into the Great Depression, people started to see Wood's painting in a different light. American Gothic was no longer understood as satirical, but as a celebratory expression of populist nationalism. Critics extolled the farmer and his wife as steadfast embodiments of American virtue and the pioneer spirit. "American democracy was built upon the labors of men and women of stout hearts and firm jaws, such people as those above, " read one caption in 1935.

Wood helped along this revisionist reading by repudiating the Paris-influenced bohemianism of his youth, refashioning himself as America's "artist-in-overalls." He allied himself with other regionalist painters like John Steuart Curry and the virulently jingoistic Thomas Hart Benton, who railed against the "control" of the East Coast art world by "precious fairies." Wood echoed Benton's anti-intellectual sentiments, announcing: "All the good ideas I've ever had came to me while I was milking a cow."

The Depression-era understanding of American Gothic as an image of authentic American identity gave rise to its first known parody: In 1942, the photographer Gordon Parks posed a black cleaning woman with an upright broom in front of a large American flag and called it American Gothic. Since then, variants of Wood's image have appeared in Broadway shows (The Music Man), movies (The Rocky Horror Picture Show), marketing campaigns (Saks Fifth Avenue, Country Corn Flakes, and Newman's Own Organics, to name a few), television shows (Green Acres, The Simple Life), pornography (Playboy and Hustler), and in millions of jokey snapshots of two people facing front, one of them holding a vaguely pitchforklike object.

So, what is it about American Gothic that it makes such an indelible impression? Biel stops short of drawing any real conclusions, explaining how American Gothic became an icon, but not why. Of course, part of the answer lies in the built-in ambiguity of the image. Is the painting a satire or a celebration of the American heartland? Even Grant Wood seemed uncertain about this. ("There is satire in it, " he said, "but only as there is satire in any realistic statement. These are types of people I have known all my life. I tried to characterize them truthfully—to make them more like themselves than they were in actual life.")