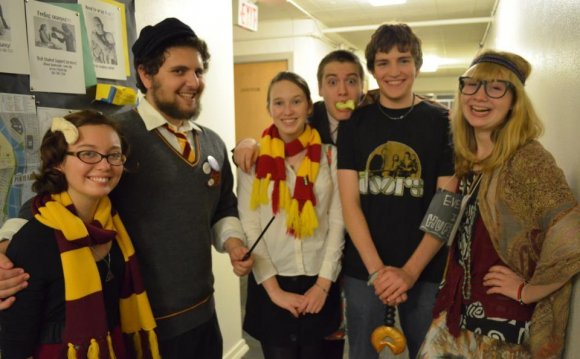 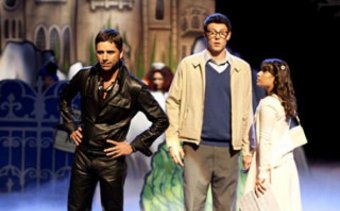 Be prepared Gleeks: From now on, I’m going to be using the Sam-coined term “ab-ulous” quite often. I’m actually jealous that I didn’t say it first. Let’s use it in a sentence: In the words of Sam, The Rocky Horror Glee Show was “ab-ulous.” In fact, instead of The Rocky Horror Glee Show, it should/could have been called The Ripped Torso Glee Show. Clearly, the gentlemen of the cast have been working out with their shake weights or some other kind of muscle-making device. (Side note: Any guesses as to which episode of Glee will yield the most online screengrabs?)

Now if I’m being honest, Glee has had a mixed track record in terms of theme episodes. I loooved the Madonna tribute but had more lukewarm feelings about September’s Britney Spears hour. Still, if there was ever a musical ripe for the Ryan Murphy treatment, it’s definitely The Rocky Horror Picture Show. (It helps too that Hairspray director Adam Shankman called the shots on this ep.) And it definitely did not disappoint, particularly in the man-candy department. Plus, it was an oddly timely episode given the uproar over the cast’s racy GQ photos that some have called sexist. The entire hour was pretty much about the objectification of men, something that’s rarely ever an issue. It was kinda refreshing…and obvs also fun to look at.

But it also sorta speaks to Glee and my annoyance with the whole GQ controversy: This show is already edgy. It’s not really for young children. It’s a show about teens and it’s best watched by that age group and older. The folks at the Parents Television Council clearly have never seen the show if they think that it’s supposed to be High School Musical. Glee is a subversive, clever, snarky satire. It may be on at 8 p.m., but it’s not on the Disney Channel folks. Anyway…