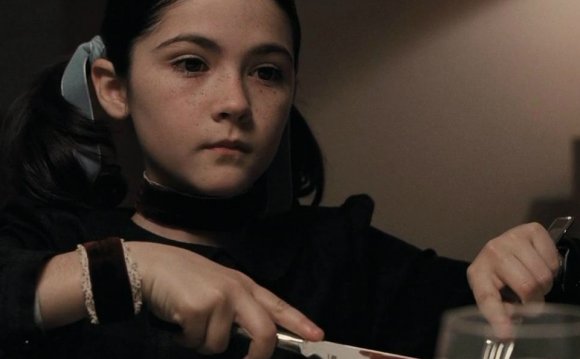 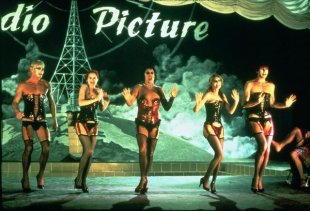 Holy crap, it's been forty years since The Rocky Horror Picture Show was first released in North America. Can I say "Holy crap" again? It hardly feels like it's been that long, especially for those who've been fans of the bizarre musical since its time on the London stage.

In honor of this iconic musical (of which I am a super fan) Let's take a look at why this film has remained prevalent in pop culture and why after so many years, it still manages to add significant numbers to its mass legion of extraordinary and interesting fans.

The Societal Impact of Rocky Horror

For many of us, people who are constantly swept under the rug or looked over by the powers that be, The Rocky Horror Picture Show showed the world that just because a person has a different sexual preference, a vastly unique way of life, or perhaps is just a bit more eccentric than what you're lifestyle is typically used to, does not mean they are any less human or that they do not deserve any less of the love and respect that is shown to those who are more often described as "normal." In today's society, the word "normal" has lost its appeal, people (well, not as many people) no longer feel the need to adjust themselves to the standards that others have laid out. And I believe that is in part due to the lasting impressions of Rocky Horror.

Minds began to change with the 1975 release of this film. Acceptance was the main theme and it showed with its box office numbers. On a budget of $1.4 million, the film racked in a total of $139.9 million at the American box office.

The Music That Influenced a Generation

The opening of the film, the seductive "Science Fiction, Double Feature, " wooed the audience with a comfortable, relaxing melody. Listening closely to the words, you would hear the references of many Hollywood classics that influenced the backdrop, and only slightly the story, of the film itself. This was the creator's way of paying homage to the great stories that came before.

Who could forget the song that introduced us to the film's hero and heroine? It does its job very well, playing on an audience's undying desire for an unbreakable love story. Well, we all know how that turned out. It was the last look we got of this enamored couple before their boring and bland world was irreparably changed forever.

Another duet between our suburban heroes, with a little delicious interjection from the mysterious Riff Raff. The song, maybe not so acknowledge for being so, also had an ulterior purpose, showcasing the hidden truth to many in doubt about themselves and whether they are loved, that there is always a light somewhere in the darkness of your life, but you must be willing to seek it out.

It really does drive you insane.with giggles and an uncontrollable desire to say "screw it" and join in on the infectious dance-a-long song that has become the staple of this iconic film. I've been to several live shows of Rocky Horror and I have to say that my favorite part has always been the end when the cast invites everyone in the audience onto the stage to do The Time Warp again!!!

Tim Curry's entrance couldn't have been more perfect. His reputation as a stage performer showed quite clearly here, his voice, his timing, and his complete ignorance of the fourth wall was done to immaculate precision and timing. There's a reason nobody else has been able to fill the void left by those massive heels.

In this song, we were shown the result of Dr. Frank N' Furter's illegal and immoral human experimentation on the titular character, Rocky. The creature, made to be the perfect mate to the Doctor, showed he had rock n' roll worthy vocal chops of his own. The addition of the background singing from the strangely dressed and eager Transylvanians only adds to this song's head bopping appeal.

This song is oddly romantic, the doctor's tribute to his perfect creation, "I Can Make You a Man, " also has a slightly subtle clue to the doctor's more devious intentions. Wink, wink.

Meatloaf may not be in the movie as much as we'd have liked him to have been, but he certainly made good use of his time with this rock n' roll song. I admit, other than "Time Warp" this is probably my favorite number in the film. It has since become a favorite at karaoke bars and Rocky Horror themed company/birthday parties.

How taboo, Susan Sarandon! This song really blows the lid off of the sexually frustrated heroine, opening her to a world she could have only fantasized about and then asked for forgiveness for in Church the following morning. It showed that women can be just as adventurous and held back as their male counterparts.

Definitely one of the gems of the film's soundtrack, "Eddie" combined the vocal talents of the main cast for a song that starts out sounding a bit slow, but quickly picks up the pace and gets everyone's feet tapping away. The urge not to sing along just ceases to exist when this scene comes on the screen.

Definitely the most comedic of all the film's tracks, this song follows a severely ticked off Doctor Frank N' Furter chasing down Janet and giving her the clear hint that she isn't all that great, in and out of the bedroom. Basically saying, "Rocky would sleep with anything. Don't think you're anything special." Kind of has some relevance to men and women in today's society, no?

The grand finale! (sort of) This scene in the film combines the songs "Rose Tint My World, " "Don't Dream It, Be It, " and "Wild and Untamed Thing." It brings the film's true purpose and message to the audience clearly, at last. And it is, "be who you are, take a chance, explore, be different, and love yourself." Everyone can find a piece of themselves here, or a piece that perhaps they didn't know existed yet. It was freedom, giving you permission to tap into the true freak of nature that resides somewhere within all of us.

This one brings on the epic feels. We all felt immeasurable amounts of sympathy for the forlorn doctor, as she struts proudly down the walkway, realizing he has achieved so much and finally been accepted for who he is. Tim Curry flawlessly captivates both his invisible audience and the one wiping the tears from their eyes when he finally concludes on a relieved expression, believing his suffering is finally over.

Excuse me while I reach for my tissues. I have something in my eye...

How Has It Lasted This Long?

Dedication. The need to feel acceptance. The desire to be loved. It's any number of reasons, really. I'm sure any fan would be more than willing to give you a lengthy list of their own.