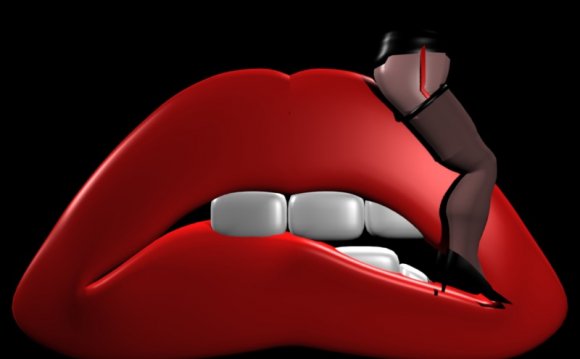 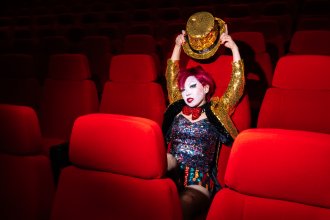 Japan’s oldest shadowcasting group, Lip’s, delighted a crowd of early Halloween revelers on Sunday when they performed a uniquely Japanese version of the film “The Rocky Horror Picture Show” as it was screened behind them.

Some of the lines were different and modern twists were in effect (wedding selfies and flashlight apps anyone?), but their tribute to U.S. camp in the year of the film’s 40th anniversary was as boisterous as any party in Transsexual, Transylvania. Read more on Lip’s here.

The actress who plays Columbia shows off her hat before the Lip’s performance. | DAN SZPARAOne of the guests at Dr. 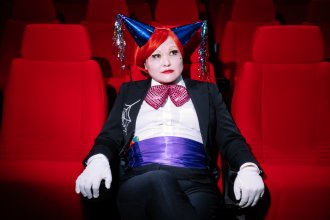 Frank-N-Furter’s cinematic party rests before the festivities. | DAN SZPARAA fan who came with a bag of treats and knew all of the Japanese calls for ‘The Rocky Horror Picture Show’ gets pumped up before the show. | DAN SZPARAThe crowd gets out glow sticks and smartphones during the performance of ‘There’s a Light (Over at the Frankenstein Place).’ | DAN SZPARAIt’s just a jump to the left and then a step to the right as the audience performs ‘The Time Warp.’ | DAN SZPARAIn Japan, the character of Columbia’s tap dance routine is accompanied by classic otaku (a kind of geeky or obsessive fan) chants. | DAN SZPARADr. Frank-N-Furter, played by Lip’s leader Betty Boing, and the character of Riff Raff belt out the closing of ‘Sweet Transvestite.’ | DAN SZPARAThe Riff Raff and Magenta characters reveal their evil plans at the end of ‘The Rocky Horror Picture Show.’ | DAN SZPARA 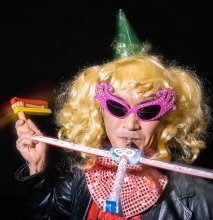 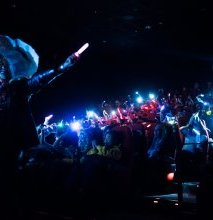 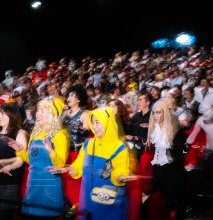 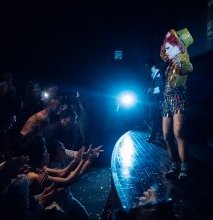