What is Rocky Horror? 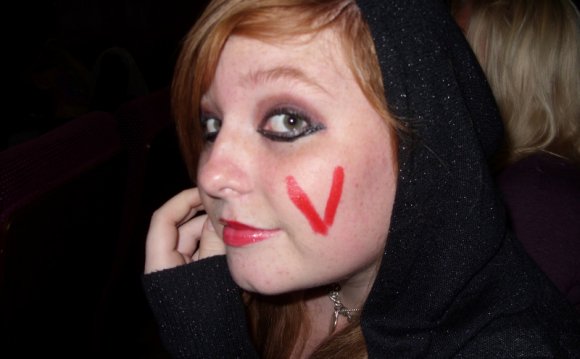 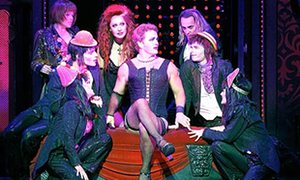 After months touring Australia, this Wednesday The Rocky Horror Show will open in Melbourne for the final leg. Starring Craig McLachlan as Frank N’ Furter, the show has brought out its customary legion of fans donned in fishnet stockings, corsets, pearls and high heels.

As the show finishes its tour, it’s worth looking back on its 40-year legacy. First staged in 1973, Rocky Horror took audiences on a sexual journey like no other. The monogamous and virginal engaged couple Brad and Janet take refuge from a storm at the house of Frank N’ Furter – an eccentric, transvestite scientist who is hosting a party to unveil Rocky, his latest creation.

Frank challenges gender binaries from the moment he arrives. As the "sweet transvestite from Transexual, Transylvania" he is both masculine and feminine, dominant and submissive. He wears high heels and pearls, but is the authority of the house – creating Rocky for his own sexual needs, abusing his servants Riff Raff and Magenta, and seducing Brad and Janet.

The couple's voyage of sexual discovery starts with their early infatuation during the initial party, and is followed quickly by their seduction by Frank, then Janet’s later seduction of Rocky). It ends with the final "stage show", where Frank has dressed them both in fishnets and corsets, and in which Brad sings “I feel sexy”, and Janet shouts “I feel released”.

Coming from a conservative world, where sex is limited to the marital bed, they encounter a world that challenges their gender and sexual norms – a world of "absolute pleasure". And they embrace it.

The Rocky Horror Show mirrors the sexual revolution of the early 70s, as feminist and gay groups challenged conservative sexual norms and argued that sex and gender should be expressed however we wish. So did those aspirations come to pass?

The answer is somewhat disappointing. At the most basic level, representation of trans people in the mainstream media is still poor. Research shows that trans people are rarely depicted, and that when they are they are normally portrayed negatively. This represents our broader society, where transphobia is still rampant.

But it’s not just about trans issues, but about how we treat gender in general. Even after the victories of feminism, we are still stuck in a society based on strict gender roles. Just look at some of our popular TV shows – from The Simpsons, Family Guy and American Dad to Modern Family, women are still placed into the role of housewife, while men work to support them.

The same can conservative trend can also be seen in our representation of sex. Many of the sexual themes Rocky Horror tackles are still taboo today. The idea of polyamory and polygamy is still largely shunned. Even gay and lesbian leaders actively exclude poly people from mainstream queer debates – often using similar arguments that were used against gay people in times past.

Sexual fluidity is hardly welcomed any more warmly than it was in 1973. Gay and lesbian community leaders insist that gays are "born this way", even attacking those who make active choices about their sexuality. When we do represent sexual fluidity it is framed for the male gaze. Women are often depicted as willing to "try lesbianism" to satisfy straight men’s fantasies – not because it is a real thing. This represents an ongoing conservatism about our sex in our society – best highlighted by the banning of the film I Want Your Love last year due to its unsimulated sex scenes.

Get Ready To Time Warp, Rocky Horror Is Coming To The ...

Rocky Horror Picture Experience - There is a light