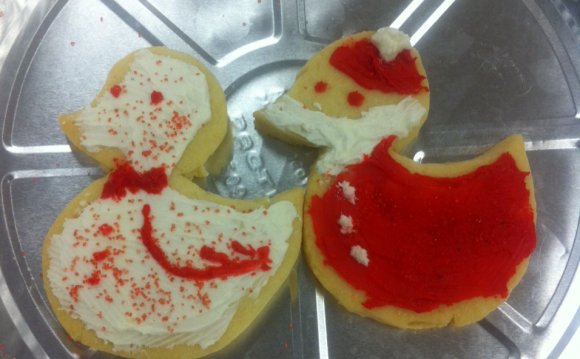 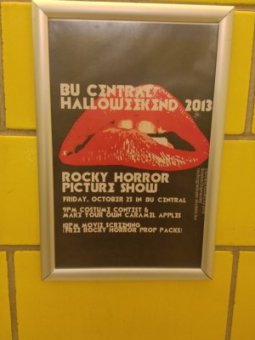 First, some background. I would like, if I may, to take you on a strange journey.

The Rocky Horror Picture Show was released in 1975 and was not well-received by audiences or critics. However, it was soon embraced by people as a “midnight movie, ” with audience members dressing as their favorite characters, shouting out lines, and throwing props at key points during the story.

This past Friday night, BU Central hosted a viewing of the cult classic film, which brought out many “experienced” fans, along with first timers.

Andre Orlando (CAS ’17) said of the screening, “It is not designed for people to just sit down, shut up, and watch a movie. The movie is supposed to become interactive.”

But have no fear, young virgin! You are not expected to come prepared to your first viewing, as part of the fun is simply sitting back and observing the chaos that will undoubtedly ensue around you. And while Rocky Horror is an extraordinary experience alone, like most things in life, it’s more fun among friends….or sane persons!

Now, I see you shiver with antici…..(SAY IT)…pation, so on to the fun part: props! At the showing in BU Central, students were given small goodie bags free of charge, however in most theaters you will have to bring your own items. These usually consist of rice (banned at some theaters so be sure to check beforehand), newspaper, toilet paper, some cards, a piece of toast, a birthday hat, and a noisemaker. You’ll know when it’s time to use each item by watching the people around you, but just in case, there is a diagram on the official website here.

Another trademark of Rocky Horror are the callback lines. I hope you’re adaptable because during the entirety of the film audience members shout obscenities and jokes at the characters onscreen. While some truly devoted fans have all of these responses memorized, most viewers will either bring a callback script or use this nifty app to keep involved. If you think of your own witty line, feel free to shout it out! A key part of keeping Rocky Horror relevant is adding new, topical jokes with every viewing.

“Twerk it!” one audience member shouted during a dance scene drawing major laughs from the crowd and proving how the film remains fresh years after its release.

Sabrina Rodriguez (CAS ‘17) said of her first Rocky Horror Picture Show, “Wow, that certainly was an experience!” She added that it was “unexpected and wonderfully strange.”

So give yourself over to absolute pleasure and check out The Rocky Horror Picture Show this Halloween. Don’t dream it, be it.