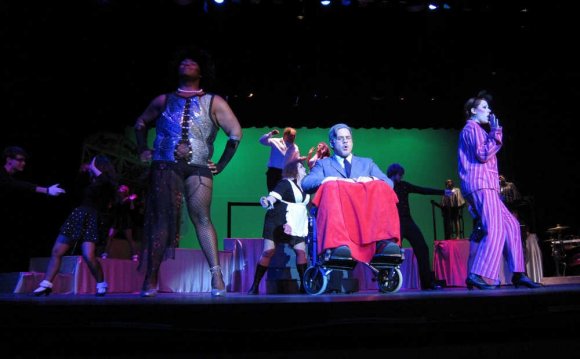 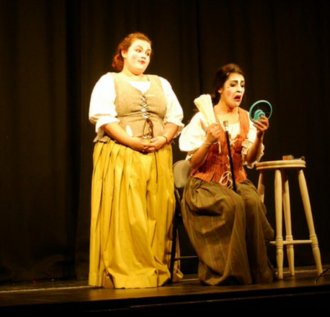 As Lady Jedburgh in last spring’s Lady Windermere’s Fan, an old woman in 2014’s Lysistrata, a Transylvanian in Studio 115’s annual shadow cast of The Rocky Horror Picture Show, a participant in the 10-minute Play Festival, the 24 Hour Play Festival, and a playwright, Bev Kippenhan ’17 sure does keep busy!

The Department of Theatre and Dance asked Bev to come in for an interview.

T&D: What is your major?

I’m a theatre major with a musical theatre and arts administration minor.

T&D: What is your main focus in theatre?

T&D: Where is your hometown? 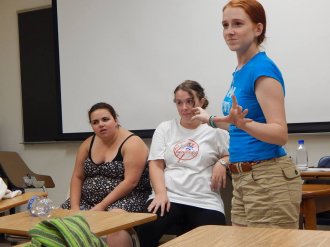 I was born in Lakehurst, New Jersey, but I only lived there for four years, so I really consider Norfolk, Virginia my hometown.

T&D: How did you first get interested in theatre?

When I was little, my dad would always show me movie musicals and the first musical films I ever saw were The Wizard of Oz and The Sound of Music. When I was in either seventh or eighth grade, as my middle school graduation present he gave my mom and me tickets to see West Side Story and it really moved me. I think ever since those experiences when I was really little I wanted to be in performance, but I just hadn’t really discovered theatre as an outlet until I was a freshman in high school actually doing it.

T&D: What was your first experience with the Theatre Department?

It all sort of happened at once: I was taking Professor [Kristen] Lepine’s Dramatic Literature and Intro to Theatre courses while doing the Rocky Horror Picture Show as I was also doing props for Spring Awakening, all during my first semester.

T&D: What are you working on now?

Currently, I am the Assistant to Communications in the management office for theatre practicum and I am also in a Shakespeare Repertory Group called Lady Washington’s Players that we are trying to grow on campus. I am playing Helena in A Midsummer Night’s Dream and I am the Dauphin in Henry V.