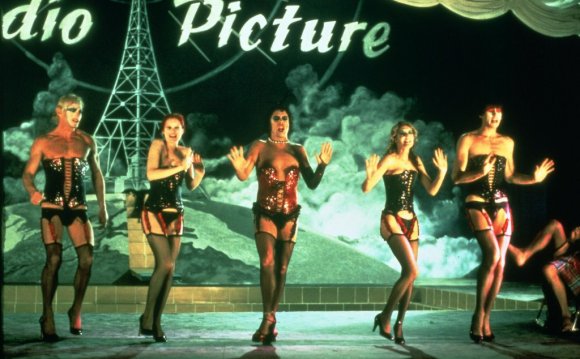 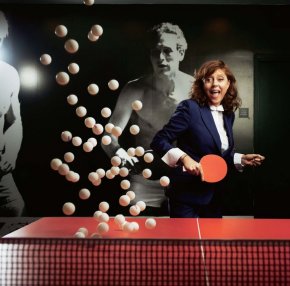 On September 25th, 1975, a low-budget movie shot at a dreary English country manor was released to little fanfare. Adapted from the London stage, the Rocky Horror Picture Show tells the story of Dr. Frank N. Furter (Tim Curry), a mad-scientist transvestite who animates a gorgeous tow-headed stud named Rocky. Much song, dance, innuendo and violence ensues with an ensemble cast including a 28-year-old Susan Sarandon. That would be the end of the story had someone, somewhere not made the fortuitous decision to show the campy horror flick at midnight in Greenwich Village.

Within a few years, its intense cult following had devised a byzantine set of rituals, costumes, and call backs. The midnight tradition spread across the country (however the hell things spread before the internet) and has become a rite of passage for generations of freaks, geeks and sub-culture enthusiasts. As we approach the 40th anniversary, Rocky Horror Standard Culture

SC: How would you describe your role vis-à-vis the paddle-whacking Ping-Pong club known as SPiN Standard?
Susan Sarandon: I’m the Ping-Pong propagandist and the unexpected face of SPiN. I take part in the nuts and bolts meetings with my partners and get us press whenever possible. It’s my job to raise our profile, and keep the conversation going. 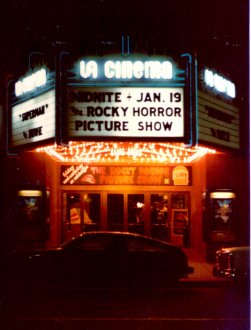 Do you recall any particularly epic Ping-Pong battles with someone we might recognize?
The two brothers of Arcade Fire are particularly good. And Will fought our pros hard and long. Also, Judah Friedlander had an epic match with Will Shortz of the NY Times crossword puzzle. But the funniest and most lethal was a match between Mel Gibson and Josh Brolin at the Wall Street 2 wrap party. Someone got “mooned” during that one.

Lost to anyone who really humbled you?
Prince. Just finding him playing all decked out like Prince in our private room killed me. I became completely stupid. 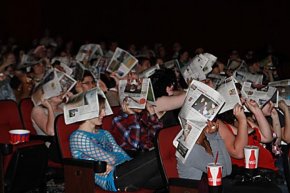 Having worked with so many talents on so many incredible projects, we’re curious if you have any insight into why it is that some stories and/or characters work, and some do not. Sometimes you have all the talent in the world with all the best intentions and it just doesn’t gel. And sometimes you do a small budget musical in England and it becomes the longest running theatrical release in history. Is there any rhyme or reason?
Really, there are more ways for a movie to go wrong than right. Even when all the pieces are there, the editor and/or director, the wrong music, etc. can mess it up. Good storytelling is not that simple. And then of course the suits can get in there and ruin it too. Too many cooks trying to please every demographic and it ends up being a homogenized nothing.

Picture from the original midnight screening in Greenwich Village

And speaking of the Rocky Horror Picture Show, it’s another big anniversary in 2015. The big 4-0. When did you first see a midnight viewing? What was it like and what did you think?
Don’t know the year, but I brought Molly Ringwald in NY before we shot The Tempest. She was 11 and it was great. [It would have been 1979.]

The last time you went, you said it had sort of lost the ritual, and was just people screaming at the screen. Do you think Rocky Horror will still be a rite of passage for kids born after the year 2000? Maybe trannies are just no big whoop these days?
No idea. It’s more than trannies. It’s “Don’t dream it. Be it.” That’s bigger than fishnets.

What was it like on the set? All professional or as naughty as one hopes?
Pretty rainy, cold and miserable. People were good sports, but it was super low-budget.

There’s this rumor out there that you don’t like to talk about the film because you’re ashamed or embarrassed. Anyone who does a little fact checking knows that’s not true. Why is that perception floating in the ether?
I didn’t know it was. Haters are usually pretty ignorant. I’ve talked insensately about it.

Here’s a question, relating to nothing in particular: Is it worth the struggle and the sacrifice to get to that good place in the end?
There is no “end.” Life, love, career are ever-moving, becoming. There’s pain in every aspect of change and change is the only constant.