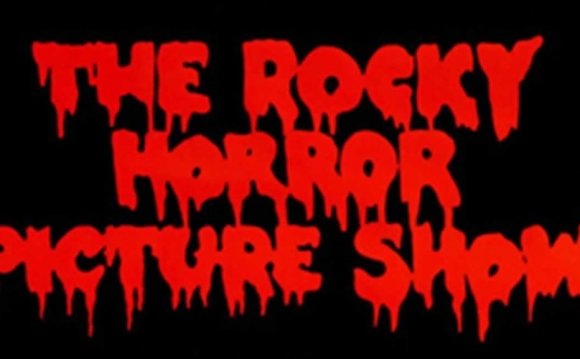 IT'S AFTER DARK on May 11 in Vancouver, Washington, and 158 people are crammed into the single-screen Kiggins Theatre on Main Street. Men in fishnets are talking to women in gold top hats, lipstick is everywhere, and most people are partially nude.

At this point in the evening, the members of the Denton Delinquents should be at least a little nervous. Weeks of work lead up to the moment when the lights go down, the film flickers into action, and a pair of oversized, heavily rouged lips appears on the screen. Those lips set off two hours of innuendo, improv, and underwear, in which the cast "shadows" or acts out The Rocky Horror Picture Show. And all over the world—since the mid-'70s—casts have done the same. As the film rolls, the Delinquents recreate the action behind them, exuberantly presiding over their scantily clad audience.

Tonight, however, their nerves are more frayed than ever. Since leaving their previous theater to strike out on their own a year ago, they've essentially been homeless. And a homeless Rocky cast is nothing. It's taken an entire year to get this show. If it goes wrong they may not get another chance.

But when the lips emerge on the screen and the cast walks out for the first bars of "Science Fiction/Double Feature, " everything fits into place. The room is half-packed with wide-eyed and enthusiastic strangers, their costumes impeccable. For the first time in a year, everything seems to be working.

Then, 20 minutes into the show, the reel melts, the image snaps from the screen and the audio cuts out. Panicked, the cast turns to their high-heeled, corset-wearing Dr. Frank-N-Furter, who screams at the bewildered crowd to "GET UP AND DANCE." The film flickers back into life soon after, and the cast's nerves begin to resettle. But with the sweat still drying on their foreheads, the reel fails again. Ten minutes are skipped in the blink of an eye.

As they improvised their way out of the catastrophe, perhaps the cast was thinking about the 35mm reel that 20th Century Fox had sent them. It had taken a year of constant phone calls to get the film, and when it arrived, it was obvious the 38-year-old roll of film stock wouldn't make it. When the cast pulled the film from its box they saw fragments fly off.

Looking back on it a month later, cast director and "Janet shadow" Anna Kotaniemi is still trying to piece the evening together.

"It was nerve-wracking, to say the least, " she says with a smile. "We didn't know if we were going to finish that night... We just thought, 'This could be the end of it.'"

It wasn't the end, though.

A month later, at their second Kiggins Theatre performance,

the audience had swelled to 200. Without prompting, Fox had sent them a new print.

s with any cult phenomenon, The Rocky Horror Picture Show is baffling. A mid-'70s parody of B-movies and science-fiction flicks, it takes the form of a gender-twisting, sexually charged slab of musical theater. Tim Curry wears a corset, Susan Sarandon sleeps with a sexed-up Frankenstein's monster-type creation, and Meat Loaf rides a motorbike before being murdered with an ice pick. The songs are weird and undeniably catchy. None of this begins to touch on just how strange the film is.

Its plot is less important than its followers, though. Over the years, Rocky has evolved into something bigger than its creators could have imagined, blurring the division between screen and audience, and inspiring all-consuming devotion from those who choose to get involved.

Before all that, Rocky was ignored. Up until early April 1976, a full eight months after its initial release, the film had been nothing short of a rank commercial failure, finding only moderate success in Los Angeles, but being ignored by the nation at large. Screenings had been cancelled in other major cities and 20th Century Fox had all but given up hope of recouping the film's $1.4 million budget.

Fox decided to roll the dice one last time. They pushed the film toward midnight screenings in hope that its dark, leftfield look might resonate with a late-night crowd.

On April Fools' Day, 1976, Rocky was scheduled for its first midnight showing at the Waverly Theater in New York City.

Then it started happening, faster than anyone could have predicted. A marketing campaign by the theater brought a solid crowd in, and they kept coming back. By Halloween, the audience was wearing costumes mimicking those on screen. They'd started shouting back at the characters, conversing with the script, making it even smuttier and, often, significantly funnier.