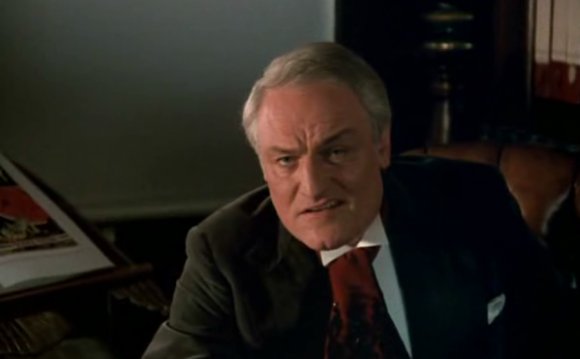 Forty years on, the film stands as a touchstone for transgender awareness and liberation.

For the 40 years of my own existence, I relegated “The Rocky Horror Picture Show” to the same canny, cultish depths as the general public: a mysterious midnight phenomenon painted in lipstick-horror-red Halloween lettering alongside a disembodied mouth suspended in enigmatic darkness. I would hear kids cheer at college dance parties when the anthemic theme song came on, but I wasn’t part of the inside joke. I shrugged and gave it the same passing indifference as other 1970s trends that happened just before my pop consciousness came alive, like Captain & Tennille and the TV show "Taxi." But I’d actually been tricked by “Rocky Horror”’s coyness, its devilish nod to the shadows it gave birth to. “Rocky Horror” was not just a simple, antiquated cult fad. I finally saw it a few months ago, and my head exploded.

Sure, on the surface it had the creaky joints of a low-budget, B-grade horror flick combined with a high school musical. But the campiness was, like the cultish air around it, deceptively banal. This was a richer, deeper, pop-cultural masterpiece, bolder and braver than most anything of its decade and arguably for many thereafter; insightful and challenging in ways that have reverberated and resurfaced only today, four decades later. Dr. Frank N. Furter was the shrink for an entire nation’s repressed sexual psyche. He was ready to unleash the monster—the one we needed like Japan needed Godzilla. Somehow, even now, it's just too hard to recognize that gender is complex and fluid, and not as simple as black and white game. We need to stop being so afraid of that complexity.

In a Scottish fiction college class I took eons ago, we discussed the fascinating concept of using the Gothic as a way to render taboo topics more palatable to the general public, particularly when it came to issues of sexual, religious and culture clashes during the Victorian period. The state of “otherness” for the Scottish and the Irish in the United Kingdom gave their literary imaginations free rein when it came to exploring this genre in famous works like Dracula (by the Anglo-Irish writer Bram Stoker), Walter Scott’s romances, and in the lesbian vampire precursor tale to Dracula, Carmilla, by the Irish writer Sheridan LeFanu. Here, the anxieties induced by issues of confused historical national identity, combined with general fears about sexuality and religious violation, could become fodder for tantalizing tales of rapturous horror, danger and fantasy. The Gothic was a unique “safe scary space” where the id became socially permissible and the illicit was not only condoned, it was relished as entertainment, the wilder the better.

The Gothic, to this day, remains a unique harbinger of social mores, a bellwether of brewing subcultures ready to burst to the surface and one day become mainstream, or even ho-hum. Before it reaches this boiling point, the taboo subjects the Gothic delectably explores achieve artistic grace, groundbreaking boldness and a sublimity that only art can free to the masses.

In a similar fashion, “Rocky Horror” dares to unlock and expose the racy underbelly of repressed Mad Men-style America. The “innocent” sweetheart couple, played by Susan Sarandon and Barry Bostwick, look like your stereotypical all-American ‘50s jock couple, a bland letterman prepster and his seemingly virginal poodle-skirted betrothed. They come to the classic Gothic mansion in the middle of a thunderstorm, ready to uncover their own budding sexuality, but in a more brazen fashion than they ever expected.