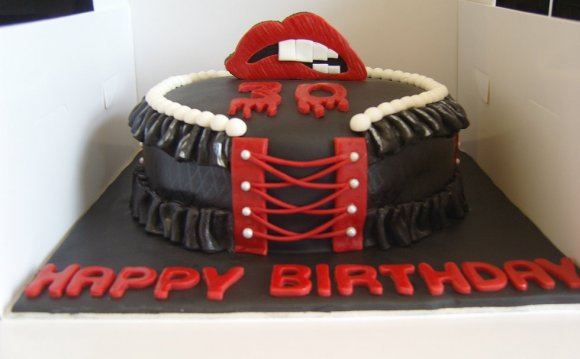 The Rocky Horror Picture Show live is an audience participation experience – you’re part of the action! Audience members dress like the characters (or just like a slut), shout at the movie, Time Warp in the aisles, and throw props to be part of the show. As our MC says before the show, “This is an Audience Participation Movie – so we need you to be as loud and obnoxious as possible!” So go ahead. Call Brad an “Asshole.” You know you want to.

To help you out, we sell Props Kits, or as we like to think of them, Survival Kits. They’ll help you be part of the show – you throw toast, you wear a party hat, and more. (And we include instructions so virgins can be part of the fun!) Kits even include wedding bubbles, poppers with confetti and a glowstick!

Purchase kits at the theatre in the lobby and in the auditorium at the beginning of the show. Money from kits gets put back into the show to make it bigger and better.

Here’s a list of what’s in the kits and when to use it. Remember to throw your items up, not at the stage and screen, which are expensive and breakable.

Wedding bubbles: Blow bubbles during the wedding. (Or at any other time during the show you think they’d add to the experience…)

Newspaper: Janet puts a newspaper on her head to stay dry in the rain as she and Brad walk up to the castle. Put the newspaper over your head to protect yourself from imaginary rain. (Unfortunately squirt guns are not allowed due to expensive decorations on the wall of the theatre. So you won’t actually get wet.)

Rubber Glove: Frank N’ Furter puts on rubber gloves before creating Rocky Horror in his lab. Frank snaps his; you snap yours.

Noise Maker: The Transylvanians are quite impressed with Frank N Furter’s creation. They make lots of noise for him. Make some noise as well.

Confetti: When celebrating Rocky’s birth and imminent defloration, the Transylvanians make lots of noise and throw confetti. It makes a big mess and everyone loves it. Our kits come with party poppers, which shoot confetti streamers across the theater and make noise, too. Hurray! (Some people like to pop their poppers when Frank pops Janet’s cherry. That’s fine too.)

Toast: During dinner, Frank proposes a toast to Rocky Horror. Throw some toast up in the air. (And not at the stage.) Don’t eat the toast!

Party Hat: It is Rocky Horror’s birthday and Rocky is a big party. The Transylvanians wear party hats, and Frank wears one during dinner scene: you can wear one as well.

Cards: Frank sings about “cards for sorrow, cards for pain” during his torch song “I’m Going Home.” Throw some cards in the air for him. He needs your help.