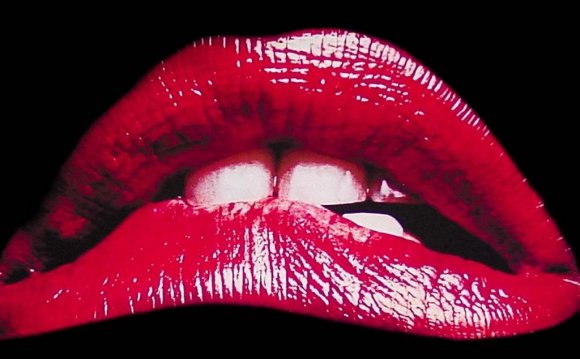 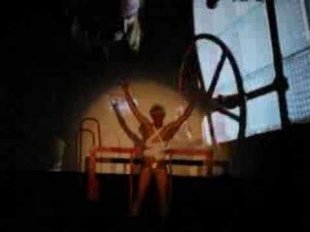 With the 40th anniversary of The Rocky Horror Picture Show just passed and Halloween only a few weeks away, now seems like an ideal time to reconsider the importance of the seemingly deathless 1975 cult movie musical, which initially flopped in theaters before becoming the center of an audience participation phenomenon unequaled in cinema history. Flavorwire editor-in-chief Judy Berman has done so with an appreciative and rather bittersweet essay entitled “We Live In The World Rocky Horror Created, ” in which she remembers her own experiences with the film and considers its overall cultural impact. The main point of the article is that Rocky Horror is no longer as shocking or transgressive as it may have seemed four decades ago, and while that’s a little sad, it’s actually good news because it means that society in general has become exponentially more tolerant of heterosexuality, bisexuality, and other transgender concerns. The film, based on Richard O’Brien’s 1973 genre-and-gender-bending sci-fi/horror/comedy stage musical, has outlived its usefulness to a degree, Berman argues, but it is ultimately encouraging that the world no longer needs Rocky Horror the way it did in decades past.

Berman first saw Rocky Horror in 2000 at the Nuart Theatre in Los Angeles, where it still plays on Saturday nights. Just 15 at the time of that fateful screening, she remembers the exhilaration she felt that night upon discovering, in one place, hundreds of people whose sensibilities matched those of her own: “goths, drag queens, and other avatars of dark DIY glamour, jacked up on platform heels, dripping vinyl and fishnet and sequins.” The movie provided a place where the socially and sexually marginalized could gather each week and rejoice in each other’s company. This was, Berman reminds her readers, “several years before the same-sex marriage movement reached critical mass, at a time when the mere mention of the campus gay-straight alliance could double as a punchline.” Times change, however, and yesterday’s outrage becomes today’s status quo. When Berman recently revisited Rocky Horror at a theater in Manhattan, she found that the screening was dominated by “curious tourists and timid university students.” The film, whose cult certainly started as an urban phenomenon, may now be having its greatest impact in the suburbs, where it serves as “a cultural oasis, ” to quote Laura Everett, the photographer behind the new book, People Like Us: The Cult Of The Rocky Horror Picture Show. An appreciative Berman concludes:

Ultimately, though, it’s good news that we’re finally starting to live in the world Rocky Horror created. It’s a more confusing world, one where cross-dressing and flexible sexuality might not create the transgressive frisson they once did. But it’s also a whole lot freer.