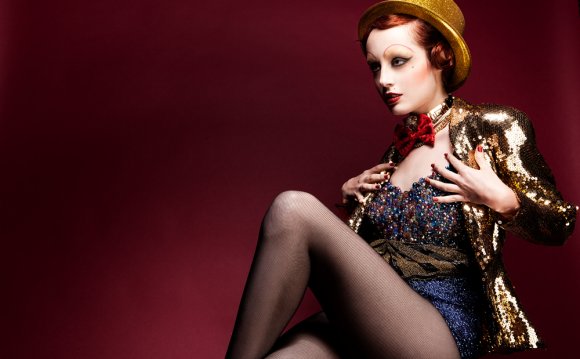 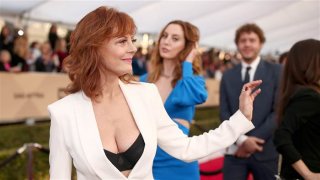 But first, a little background: The 69-year-old actress, whose performance in 1995's "Dead Man Walking" yielded an Academy Award and a SAG Award (among others), attended Saturday's SAG ceremony with her son, director Jack Robbins, and daughter, actress Eva Amurri Martino. 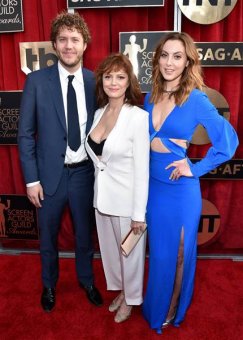 Sarandon, who introduced the event's In Memoriam tribute, did so in a white blazer and black bra that revealed some cleavage, capturing the attention of photographers, guests and the Internet in the process.

Fellow Oscar-winner Kate Winslet appeared to be among the admirers of Sarandon and her outfit.

Some social-media users were less supportive in the days that followed. Among the detractors was Morgan, whose Twitter account, on Thursday, posted a photo of Sarandon's outfit and critiqued the attire. 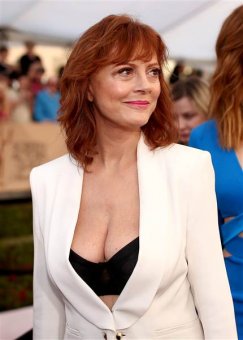 "Would Susan Sarandon wear this to a funeral? No, " the tweet reads. "It was thus horribly inappropriate for an In Memoriam tribute."

Many Twitter users rushed to the actress's defense, with some accusing Morgan of misogyny, body-shaming and ageism. There was no response from Sarandon's verified Twitter account until Thursday, when, in honor of Throwback Thursday, it posted a biting caption to another photo of Sarandon in a bra.

"Today's #TBT is dedicated to @piersmorgan, " reads the text accompanying a photo of Sarandon in the 1975 movie "The Rocky Horror Picture Show." In that image, she's sporting a white bra while a nude male statue looms in the background.

Morgan's account, which would receive its own swath of cleavage photos, replied 15 minutes after Sarandon's tweeted dedication.

"Today's #TBT is dedicated to @SusanSarandon, " reads the post, accompanying the (likely Photoshopped) image of Morgan wearing only a gilded Burger King medallion and maroon fabric draped over his waist.