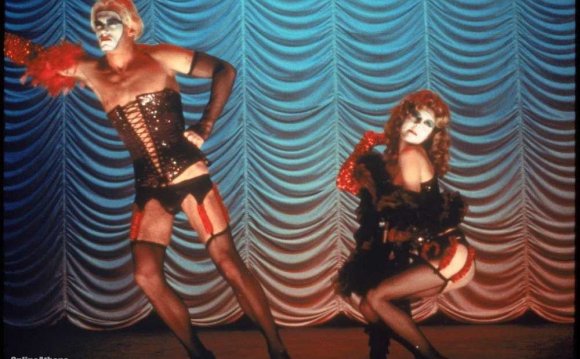 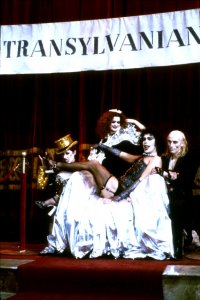 UPDATE 2/1: Columbia has been cast! In the best casting news we've heard since Tim Curry was announced, Masters of Sex star Annaleigh Ashford will play live-in tap-dancing groupie Columbia when Fox's TV remake of the classic cult film airs this fall. The Tony Award-winning actress plays Betty DiMello on the Showtime drama, and is also known for multiple roles on Broadway.

Only the role of Magenta remains to be cast, and we're just dying to find out who it will be...

The original Dr. Frank-N-Furter will appear in Fox's remake as the narrator/criminologist, officially turning this event into a thing we're very excited for. We're so excited that we've run out of Rocky Horror references to pepper this post with!

Curry originated the role of Frank first on Broadway and then in the 1975 film, while the criminologist was played in the movie by Charles Gray. The criminologist, who provides our introduction to this strange and wonderful story, may not do much dancing (other than a bit of the Time Warp) or singing, but even just having Curry's voice there to soothe (and arouse?) us throughout the night would be quite enough.

The cast of the two-hour event also includes as Frank-N-Furter, as Eddie, as Janet, Ryan McCartan as Brad, Reeve Carney as Riff-Raff, and Staz Nair as Rocky.

This "reimagining" of the 1975 film, in honor of the movie's 40th anniversary, tells the story of a young couple, Brad and Janet, who get stranded at the house of a self-described "sweet transvestite" scientist from Transylvania who has invited his peers to witness the birth of his latest creation: a very hot man.

Fox has enlisted original producer Lou Adler along with Gail Berman and Kenny Ortega to take charge of the remake, which will air sometime this fall.

The roles of Magenta and Columbia have yet to be cast, so head to the comments with your suggestions for the two ladies!