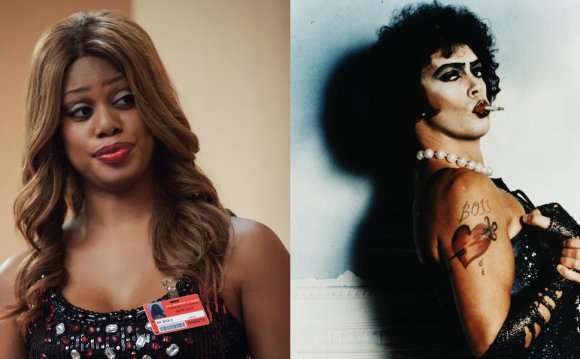 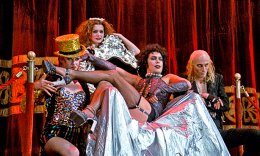 Curry reprised his immensely successful stage role as the sweetly transvestite Dr. Frank-N-Furter, the mad scientist who rates “All of the Above” on the Kinsey scale. Quinn and Meat Loaf were also cast in productions of Richard O’Brien’s hit show. “It was really quite a big hit in London, ” says Quinn. “I remember Mick ­Jagger came to see us, as did a lot of others.” Those others included other musical royalty. “We went to meet Elvis, who had seen the show, ” recalls Meat Loaf, “and he said to me, ‘I hear everyone that has done [Eddie] has only done an impersonation of me and you didn’t do that.’ And I went, ‘No, there’s only one you.’” 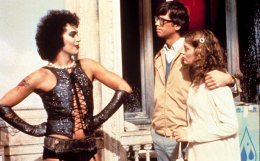 The popularity of the show’s L.A. production led to interest in making a film. “I was hoping it was going to be a very commercial Warhol movie, ” says Curry, as dry as the set of the quick-and-cheap production wasn’t. “There was no ceiling. It was raining right into the building, ” recalls Sarandon, who caught pneumonia during the shoot. “I had to finally ask for something and they got a space heater and put kind of screens around it. And then one day it went up in flames, luckily, with nobody in it and that was the end of that.”

The film was an immediate flop and then a subsequent legend, as an entire devotedly weird subculture built itself up around its red-lipsticked glory, with the call-and-response fervor of a evangelical church. “Molly Ringwald took me to a screening pretty early on, ” says Sarandon. “That was the first time I saw it; I believe it was 8th Street, the whole ritual.”

“There’s something incredibly simple about Rocky Horror Picture Show in terms of its color and props and scenes, ” says Bostwick. “And I think that’s what people respond to. That they can be any character in it if they have the balls to stand up and put those costumes on.”

To continue reading more from the cast reunions of The Rocky Horror Show, as well as those of Misery, Felicity, Family Ties, Bring It On, and Muriel’s Wedding, pick up the new issue celebrating Entertainment Weekly’s 25th anniversary, on newsstands Friday, or buy it here.