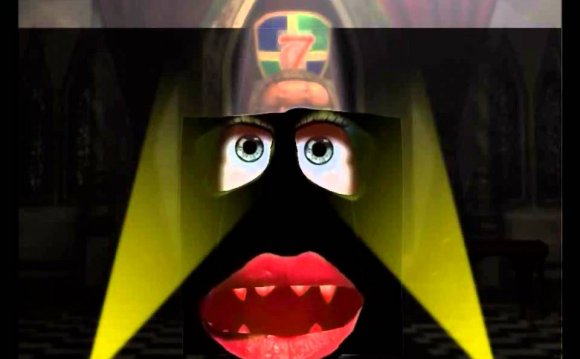 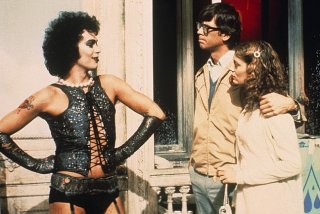 The first time I saw The Rocky Horror Picture Show, I walked out. It was a live performance put on by some local art buffs, and everything about it was just…awful. The singing, dancing, acting, acoustics, everything.

But to give it a fair shot, I later watched the movie, as so many people seem to think it’s the most brilliant gift of artistic vision known to mankind.

And it’s that time of year again, when local theatres everywhere are putting on their own renditions of the cult classic. I’m still left wondering why on Earth people still keep going to see it. Everything about the show is bizarre. From start to finish, it’s offbeat, unpredictable and just…strange. This much, though, I actually respect—most modern movies are bland, trite, and boringly predictable. So I can appreciate the quirky originality of Rocky Horror.

But that’s where my appreciation ends.

Buried beneath the iconic trappings of the show lies a story that is, in many ways, deeply disturbing. Amidst the flesh and flash of Rocky Horror, it’s easy to ignore or overlook the underlying message of the story. At its core, that’s what Rocky Horror is—a story. And like any story, it’s worth considering whether it is a story really worth telling.

It begins with a young, newly engaged couple that gets lost in the woods on their way home. They stop to seek help at a castle that happens to belong to a transvestite scientist, and before long, the couple is swept up in the whirlwind world of the infamous Dr. Frank N. Furter. There is violence, murder, cannibalism, sex, and a whole lot of cross-dressing.

There are of course, other characters and plotlines that ultimately serve to prop up the main story of Brad and Janet, the young couple whose journey we follow. The pair is deliberately portrayed as the quintessential nerdy, straight-laced, boring American couple. Everything about the way they dress, talk, and act serves to illustrate how uncool and unenlightened they are. We are meant to see them as “lost, ” both literally and figuratively.

This, of course, changes upon meeting Dr. Frank N. Furter, who sneaks into both Brad and Janet’s bedrooms, pretending to be the other’s lover, and seduces them both.

These sex scenes become the catalyst for the transformation of both Brad and Janet, who by the end of the show are portrayed as cool, hip, sexy, and liberated. Janet goes on to sleep with Frank’s creation, Rocky, and later the couple emerges scantily clad, dancing provocatively, and crooning, “touch me, I want to be dirty.” The message we are left with, then, is that if you’re young and monogamous, you’re nerdy and “lost, ” and that to become cool and sexy and enlightened, you just need to have a lot of sex.

But really, it’s much darker than that.

There are only two ways to interpret those first sex scenes with Frank: either Frank’s deceptive advances were unwanted, which equals rape, or his advances were desired and consensual, which equals infidelity. So then the message we are left with is that the path to liberation begins with rape or cheating. Get raped by or cheat on your partner with a stranger, and then you can shed the shackles of your straight-laced ways! Swap that stupid sweater for heels and hook-up sex and you too can become cool!

I shouldn’t have to make the case that glorifying rape or infidelity is never cool. And call me prudish, but suggesting that mindless sex equals enlightenment might be the most unenlightened attitude that human beings sometimes have.

Many people have found a deeper, more profound interpretation of Rocky Horror and will take issue with my over-simplistic understanding of the narrative. Some see it as an allegory of this or a satire of that or some other brilliant execution of artistic vision.

But ultimately, the job of any great artist is to leave an audience with a good story that contains a worthwhile message. After all, the mark of a good story is not just plot or entertainment, but the message it offers, the message that lingers in a culture’s collective conscience—what is it we learn from the trials and tribulations of the heroes and villains? What lesson is imparted to us that ultimately enhances our own human experience?

The best stories both entertain and enlighten, offering up characters through whom we live vicariously and from whom we learn to become better human beings. In almost every way, Rocky Horror fails to do this. Instead, the message of the story is liberation through sex, glory through violence, heroism through immorality.

Isn’t it time we let stories like this go? Out of the thousands of other stories that exist around the world, can’t we find another one, a better one, to become our Halloween-time tradition?

Nearly four decades old, The Rocky Horror Picture Show has one the longest-running streaks in American film history. Let’s put this one to rest, once and for all, and find another story worth supporting.