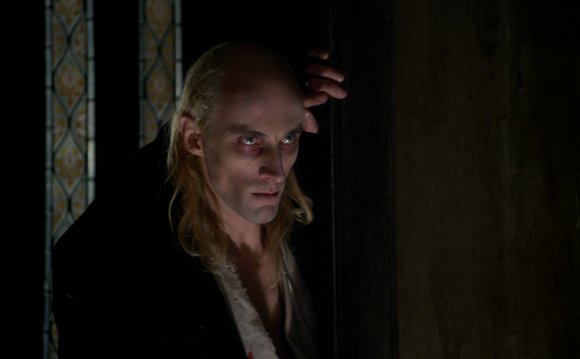 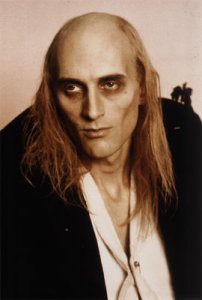 Kill Dr. Frank N. Furter and go back to his home planet with his sister Magenta.

Riff Raff is the secondary-turned-true main antagonist of The Rocky Horror Picture Show. He is the servant of Frank N. Furter, along with his sister Magenta.

He was the first resident of Frank's castle to meet Brad and Janet. He and Magenta assist Frank when he creates Rocky (Riff Raff is implied to have done most of the work, but Frank takes the whole credit). Later, Riff Raff scares Rocky out of the laboratory and tells Frank that Rocky escaped. However, Frank finds out that it was Riff Raff who set Rocky free and punishes him by punching him with a lash.

When Frank is using his guest for his macabre show, Riff Raff and Magenta appear, singing that Riff Raff is now their leader and they will return to their planet of Transsexual, Transylvania. When Frank sings that he wants to stay, Riff Raff explains that he meant that only he and Magenta will return home and shoots Columbia to prove the power of the antimatter-laser he's got. He finally kills Frank with the weapon and also kills Rocky. Then, he tells Janet, Brad and Dr. Scott to leave. Before the house flies away, he and Magenta sing the reprise of the song "Time Warp".

(The Rocky Horror Picture Show)/ Up From THE DRAIN "RIFF ...