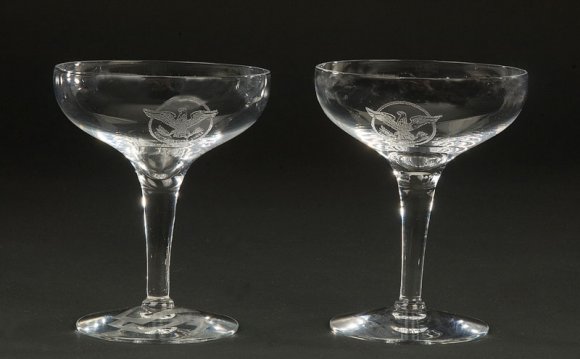 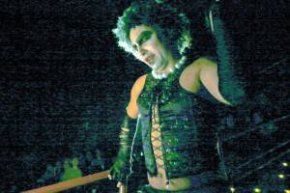 Oliticians, ugly buildings and "The Rocky Horror Picture Show" all get respectable with age.

noah k. murray/special to the record

A member of the "Home of Happiness Cast" perform the "Rocky Horror Picture Show" at Bellevue Cinemas in Upper Montclair. Two members of that cast will participate in the 40th anniversary screening of the cult film Saturday in New York.

Once, this quirky little film was relegated to playing small dank theaters in college towns at midnight. But on Saturday, for its 40th anniversary, "Rocky Horror" will play New York's biggest, swankiest single-screen theater — the Ziegfeld on 54th Street.

A member of the "Home of Happiness Cast" perform the "Rocky Horror Picture Show" at Bellevue Cinemas in Upper Montclair.

And that's not all. In this week leading up to the big night, visitors will be flocking to RHPS40, a three-day "Rocky Horror" convention, beginning today at the Wyndham New Yorker Hotel (it's already sold out). Seeing these "unconventional conventionalists, " as Dr. Frank-N-Furter would call them, mingle with the thousands coming to town to see the pope, should be an object lesson in New York's famed diversity if nothing else.

"We have people coming from all over the world, " says Larry Viezel of Fair Lawn, a longtime "Rocky Horror" fan who will be in the city this week to celebrate.

Members of the "Home of Happiness Cast" perform the "Rocky Horror Picture Show" at Bellevue Cinemas in Upper Montclair.

That this most marginal of movies has ended up at New York's biggest movie house (1, 100 seats) is a testament to the strange 40-year journey of "Rocky Horror" — from minor cult film to major cultural landmark, one that has been referenced by TV's "Glee" and "The Drew Carey Show, " and in 2005 was selected for preservation by the National Film Registry as "culturally, historically or aesthetically significant" (the Registry didn't say which).

"I think it's a combination of the music and the story, " Viezel says. "It's a classic story, the story of Adam and Eve in the Garden of Eden, tasting the forbidden fruit."

But "Rocky Horror, " a combination horror movie spoof, rock musical and drag show (it's based on Jim Sharman's and Richard O'Brien's 1973 stage musical), is also about something else. It's about the audience. 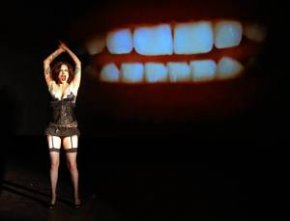 Saturday's crowds at the Ziegfeld will once again revel in the story of Brad (Barry Bostwick) and Janet (Susan Sarandon, in one of her early roles), two squares from "Denton, Home of Happiness, " who wind up at the castle of Dr. Frank-N-Furter (Tim Curry), the gender-bending mad scientist who creates a muscleman monster (Peter Hinwood).

But as you probably know, the audience doesn't just watch. It participates.

"It is soup yet??" they bellow as the monster forms in his chemical bath. "Where's your neck?" they yammer at the squat, square-jawed narrator (Charles Gray). They throw rice during the wedding scenes, and shoot squirt guns when a thunderstorm erupts on screen. And when the big "Time Warp" dance sequence arrives, everyone's in the aisles, jumping to the left and stepping to the ri-aye-aye-aye-ight.

And that's just for starters. In many theaters (including the Ziegfeld on Saturday), a "shadow cast" enacts the entire movie, in pantomime, below the screen, often with the aid of elaborate costumes and props.

"The magic of 'Rocky Horror' lies not in the film, but the people who celebrate it, " says Shawn Stutler of Fair Lawn.

Like Viezel, he's a member of the Montclair-based "Home of Happiness Cast, " founded in 1998, one of some 77 groups in the U.S. who enact the movie at midnight screenings.

"Home of Happiness" can be seen regularly at midnight screenings at the Bellevue Cinema 4 in Upper Montclair on the first and third Saturday of the month. But both Viezel and Stutler will also perform at the Ziegfeld on Saturday — two of the 39 people from 19 different casts who were invited to participate.

"I have played just about every character, " Viezel says. "But I regularly play Eddie, Dr. Scott, and the narrator. For a little while I played Riff Raff. But we also have 'switch nights.' The way it works is, you pull your name out of a hat, and you pull your character out of another hat, and that's who you play that night. To keep it interesting, we also do 'dollar-store nights.' The idea is to purchase a whole bunch of supplies at a dollar store, and put them on stage, and throughout the night you create costumes and props on the spot, using just what's from the dollar store."

Viezel once estimated, around 1995, that he'd seen "Rocky Horror" several hundred times (obviously, he's seen it a lot more since). Stutler estimates he's performed in between 1, 500 and 2, 000 "shadow cast" screenings — and that's not counting the times he's simply seen it as an audience member.

Few movies — even great ones — can stand up to so many viewings. And lots of viewers, even die-hard "Rocky Horror" fans, would tell you that "Rocky Horror, " far from being great, is not even very good.

Perhaps there is something — dare we say it? — quasi-religious about "Rocky Horror."

At screenings, few of the shouted comments and insults are spontaneous. There is a ritualized call-and-response between the film and the audience that suggests, not hecklers at a comedy club, but a congregation repeating a catechism. Indeed, many of those zingers have been around since 1976, when the film — pretty much a flop when first released in Los Angeles on Sept. 26, 1975 — began playing midnight screenings at New York's Waverly Theater in the Village and began its true life as a hipster right-of-passage.

Then, too, there is the emphasis on initiation — newbies, "virgins" in "Rocky Horror" parlance, getting their first taste of the bizarro "Rocky Horror" world.

"I'd say a lot of the people who become lifers with 'Rocky Horror' had some of the most memorable virgin experiences, " Stutler says. "That's why I think it's very important to give people a very special initial 'Rocky Horror' experience. After ['Shadow Cast' members] have performed the same movie hundreds of times, they want to shake things up and do things differently. But you have to keep in mind that every show is somebody's first time seeing 'Rocky Horror.' "

But above all, the "Rocky Horror" congregation has proven itself a lifeline to everyone who has ever felt like an outcast.

Gay people (and people of all sexual identities), bikers, metalheads and goths have all found common ground in "Rocky Horror" — particularly during adolescence, which can be a lonely time for anyone who feels "different." Stutler is currently putting the finishing touches on a documentary called "Rocky Horror Saved My Life" (it's getting its first screening at the convention this weekend), featuring hundreds of "Rocky" fans who told him exactly that.

"We talked to over 400 fans, and the most common answer was, 'Rocky Horror' gave me a family, " Stutler says.

He can speak from personal experience. He first saw 'Rocky Horror' as a teen in Indiana (he owned two theaters in Indiana before coming to New Jersey).