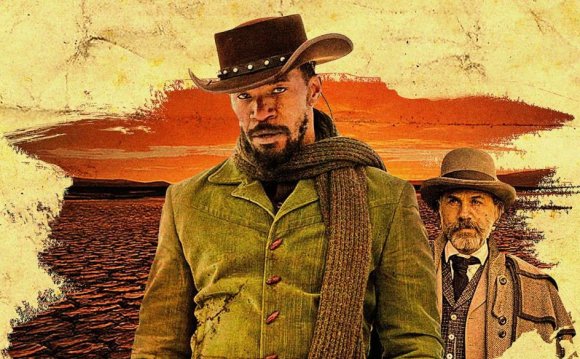 When I was 15, I started going to The Rocky Horror Picture Show (#3 on the list). I went every weekend, unaccompanied by a parent. It was my only escape from an emotionally deadening suburban nightmare world that as a strange teenager I felt stifled by. My mom, who knew the show well enough to not consider it a threat, granted me permission to brave New York City late at night. While Rocky might be a morally and symbolically vacuous experiment in wacky costuming and silly singing, devoid of any and all political or emotional meaning, it certainly has a place in my heart.

Hallmark of rebellious teens everywhere and immortalized in the pages of high-school classic Perks of Being a Wallflower, The Rocky Horror Picture Show has achieved beyond legendary status as one of the most important cult movies of all time. While it would be pointless to go through the litany of trivia (Little Nell has two nip slips in the course of the film, the castle at the end is a cardboard cutout, etc…) and history of the film, if we take a step back and attempt to understand the appeal and originality of Rocky Horror, maybe we can understand why it is such an enduring success, and why it ranks as one of the gay movies that matter.

Although obviously a shoddily made movie version of a poorly conceived stage show (transvestite hyper-sex aliens? Sure!) what Rocky Horror manages in a meager hour and a half run time is truly impressive. The movie, about a saccharine sweet all-American couple who wander into an intergalactic sex party only to be corrupted by their dormant hedonism, is a fantastical intertextual mix of homages to a variety of genres and styles (horror, sci-fi, show-tunes, punk) with distinctly true-to-the-era 1970’s object styling (even the geometric shapes of Frank’s “futuristic” laboratory feel delightfully retro nowadays) coalesce with a barely comprehensible plot (wait, so they’re incestuous aliens from another dimension? And they ate fat Elvis?) to make one of the strangest films imaginable.

You get the idea.

Because the images of Tim Curry in his lingerie and Brad and Janet hiding under their newspapers have become so incredibly familiar to us, it is hard to imagine what the movie must have looked like to an audience completely unfamiliar with this alterna-queer look. It must have been truly shocking, right as gay rights were starting to be recognized as a cause, to see such brazen images of homosexuality. Now, after almost 40 years later, Rocky feels almost naively innocent: my mother has been known to sing “Touch-a Touch-a Touch Me” as she cleans the kitchen and at the last midnight showing I went to there were at least three punky parents accompanying their Hot-Topic clad 16 year olds (and almost none of them showed any embarrassment when they were forced to fake an orgasm as part of a complex initiation ritual). In New York City at least, when on any night one could find themselves at an ultra-violent burlesque show or accidentally wander into a sex-dungeon, Rocky seems like child’s play.

(Less fun when my mother sings this song.)

And yet, isn’t that part of the charm of the movie? While getting up on stage and being smacked on your rear with an over-sized dildo seems straight up transgressive to a teenager, the plethora of naughty nightlife options that has since proliferated gives midnight screenings of Rocky (which, of course, still happen on a weekly basis in Chelsea and all over the world) a rose-tinted nostalgia. Other movies which have attempted to mimic the zeal of Rocky with full interactive performances (I’ve been to midnight screenings of Eraser Head, Labyrinth, Repo: The Genetic Opera and They Live) and they all fail in a certain way. Partially this is due to the lack of a rabid fan base like Rocky’s (who have devised an entire ever-changing alternate script to shout back at the movie, an experience which is certainly jarring to those who don’t expect it). Perhaps this is my own nostalgia speaking but there is something absurdly and magically ineffable about the midnight showings of Richard O’Brien’s masterpiece that all these other attempts miss.

Some part of me hopes that Rocky will always be around for burgeoning weirdos of the world to worship, although I know better, nothing lasts forever, and that kind of decadence would surely zap our collective wits. But until that gloomy day when Riff-Raff and Magenta travel back to the moon-drenched shores of Transylvania for the last time, every Friday and Saturday night unconventional conventionalists will be dancing the Time Warp in the velvet darkness of the movie theater.

The Rocky Horror Picture Show Review - Off The Shelf Reviews