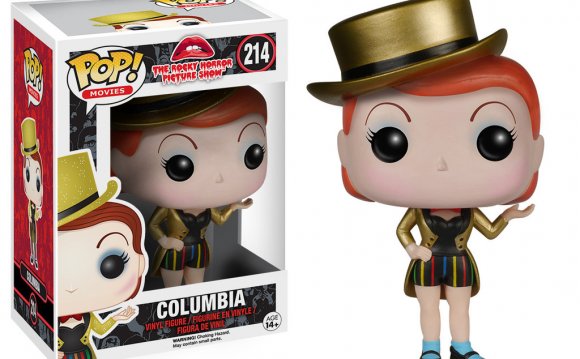 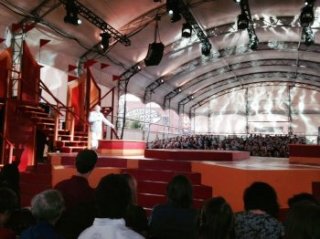 It takes a whole village to mount Canada’s only outdoor summer opera festival, now in its second year.

Culture junkies are counting down the days to Candide, the highlight performance in Canada’s only outdoor summer opera festival, Opera in the Village. Last summer the Calgary Opera festival opened to great acclaim and nearly sold-out crowds; this year’s event goes Aug. 14 to 23. Until this rockin’ carnival takes over Calgary’s East Village we wondered about the numbers being crunched by Opera in the Village organizers.

Ticket sales are a critical measure of success for any event, but the folks at Opera in the Village are confident they’ll improve on last year. “More than 5, 000 people attended Pirates of Penzance and another 1, 000 or so visited the site to enjoy everything the festival has to offer, ” says Erin Kergen, Calgary Opera’s brand manager. 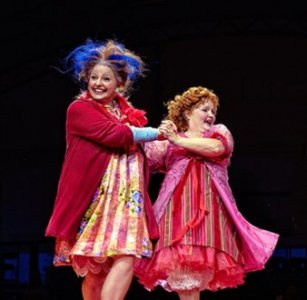 The festival’s 900-seat big top tent is where the main action happens. Designing and erecting the inaugural Opera in the Village venue took more than 3, 600 hours of labour. “It took 2, 228 hours for the infrastructure load-in and running of the show, ” says technical director Mark Leigh adding there were, “an additional 1, 000 contractor hours and over 400 stage/set building and painting hours get the show on the stage.” Dedicated volunteers acting as ushers, ticket takers and guides will contribute an additional 1, 000 hours.

The centrepiece of Opera in the Village is Leonard Bernstein’s comic masterpiece Candide. If, as Malcolm Gladwell has famously claimed, it takes 10, 000 hours to master a skill, then the heavyweight Canadian cast have many times that number of practice and performance hours under their belts. Led by the same creative team who brought down the house (correction, the big top) last summer with Pirates of Penzance, Candide features Matthew Bruce, Tracy Dahl, Norine Burgess, Alexander Dobson, Lynne McMurtry and David LeReaney.