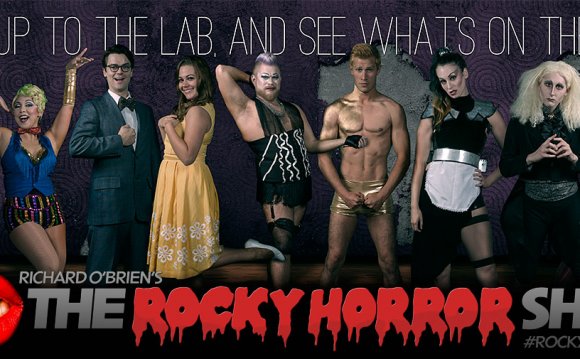 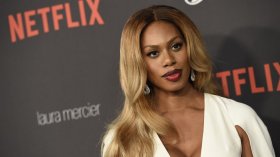 In an interview with E Online, Laverne Cox said that she’s working hard to transform herself into Frank-N-Furter, the role that Tim Curry inscribed on all of our impressionable young minds. Fox announced in October that it was rebooting the musical and that Cox would star as the fishnet wearing “sweet transvestite from Transylvania.”

Cox promised though that this Rocky Horror Picture Show won’t be a direct replica of the 1975 classic. “The wardrobe is not like the original, ” Cox said. She added that director Kenny Ortega’s vision for the reboot was “very fashion forward. Very ‘70s.”

Though she didn’t share much about the specifics of the production, she said that training and rehearsals had been pretty rigorous. “I’m doing lots of dance classes—Oh, my god, the pain! I’ve been working really hard, ” she said. But at least she doesn’t have to work at memorizing lyrics, as it turns out that Cox is a longtime Rocky Horror enthusiast. She said:

“I was in college at Indiana University and some friends of mine were like, we have to see Rocky Horror Picture Show. We watched it on a video. I became obsessed and kept watching it. I got the soundtrack and learned all the songs. I learned the songs and the Time Warp. I knew all of this way before they asked me to do it.”

Since Cox is such a fan, it’s unsurprising that she jumped at Fox’s offer:

“Like so many people who felt they didn’t fit in, who were outcasts, Rocky Horror was the thing. Hopefully, it will be that for a new generation.”