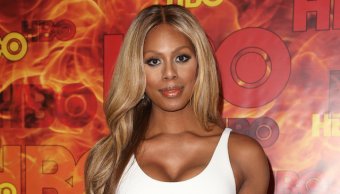 Jim Sharman also directed the original stage play version of The Rocky Horror Picture Show. Featuring music, lyrics and book by Richard O’Brien, The Rocky Horror Picture show premiered at the Royal Court Theatre in London in 1973. A sendup of classic B-movies, the story involves a just-engaged couple (played in the original film by Susan Sarandon and Barry Bostwick) whose car breaks down outside a mysterious castle. Seeking aid, the pair find themselves overnight guests of the mad Doctor.

The Rocky Horror Picture Show telefilm will be directed by Kenny Ortega and is being planned to air next fall. The High School Musical helmer will direct, choreograph and executive produce alongside Lou Adler (who also served as executive producer on the 1975 original). Gail Berman, meanwhile, is producing.

Laverne Cox, who was nominated for a Primetime Emmy for her work on , has also appeared on television shows like “The Mindy Project” and “Girlfriends’ Guide to Divorce.” She was recently seen on the big screen in director Paul Weitz’s . In addition to her acting career, the openly transgender star is a vocal civil rights activist. You can read about her efforts at the .